With your agreement, further features of our website will become available to you, such as searching for retail shops, product videos and sharing content with friends.

You can revoke your agreement at any time. You will find information on this and more in our Privacy Policy. 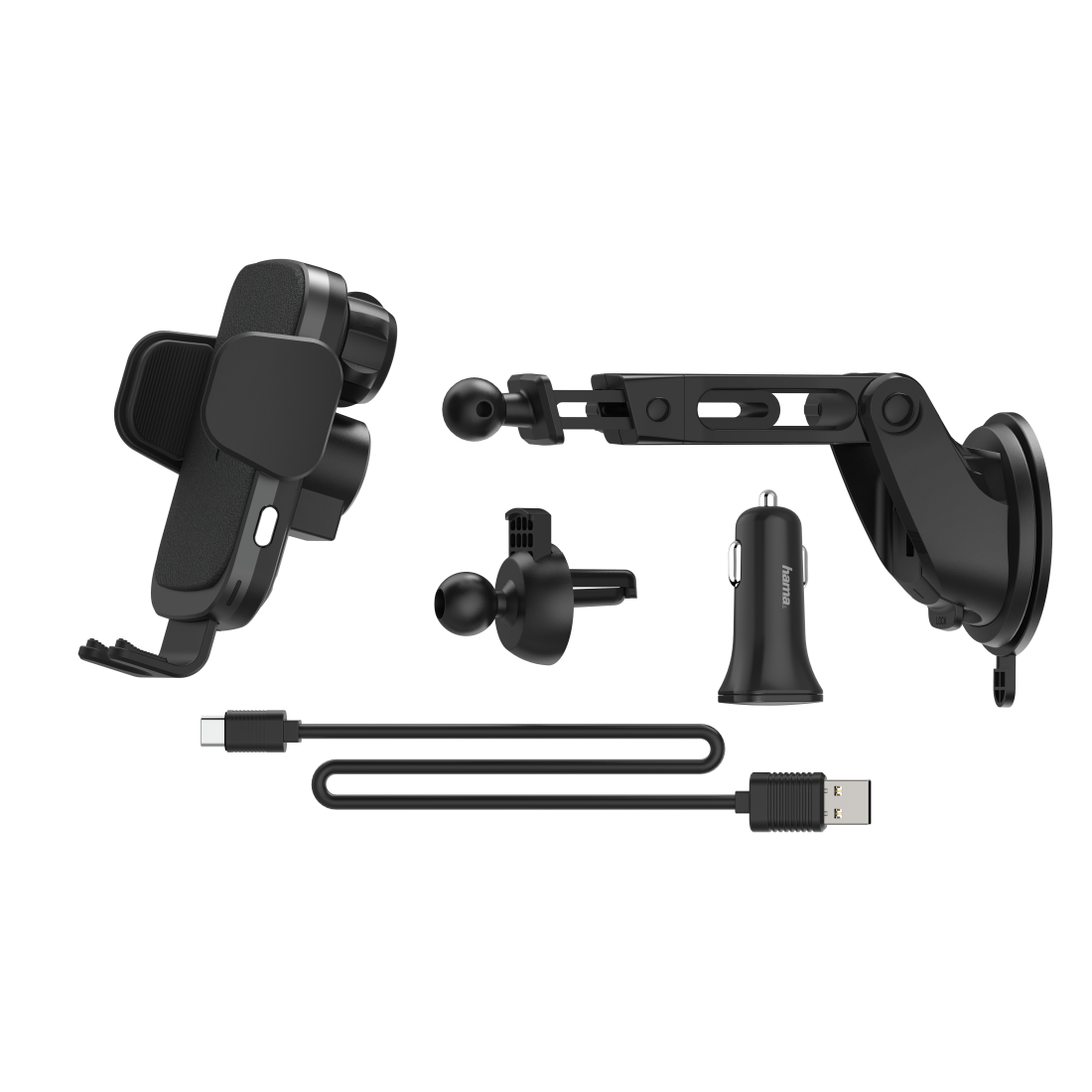 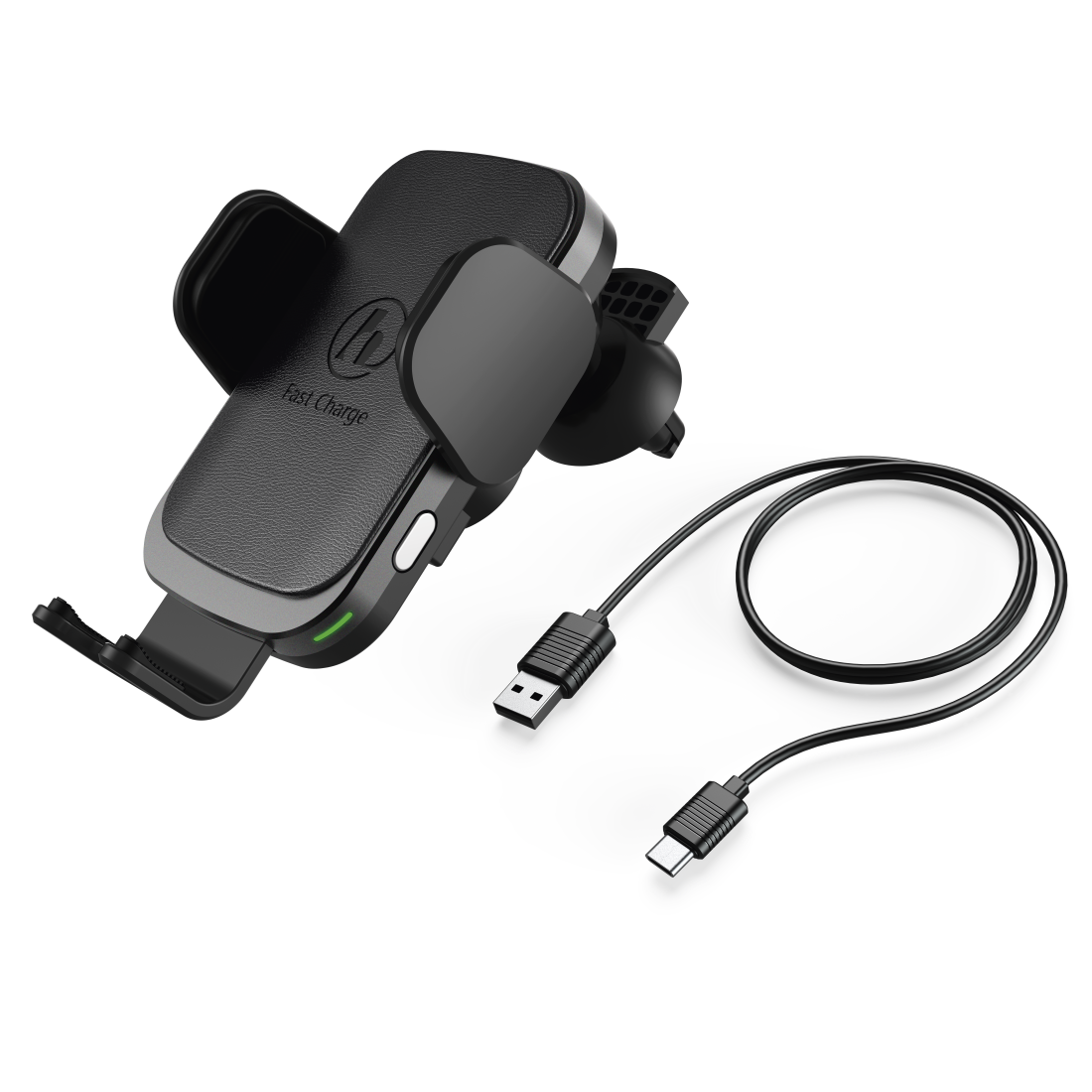 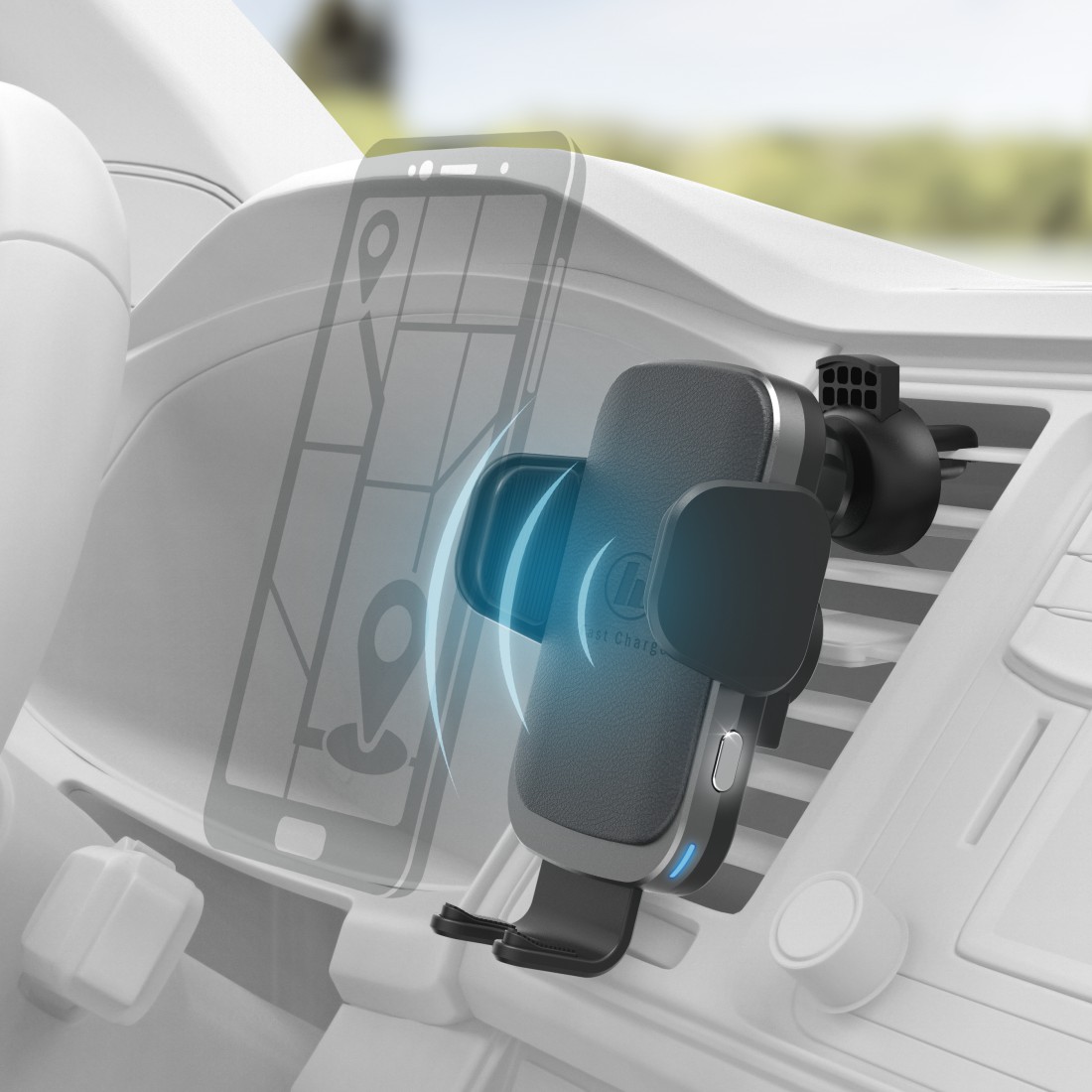 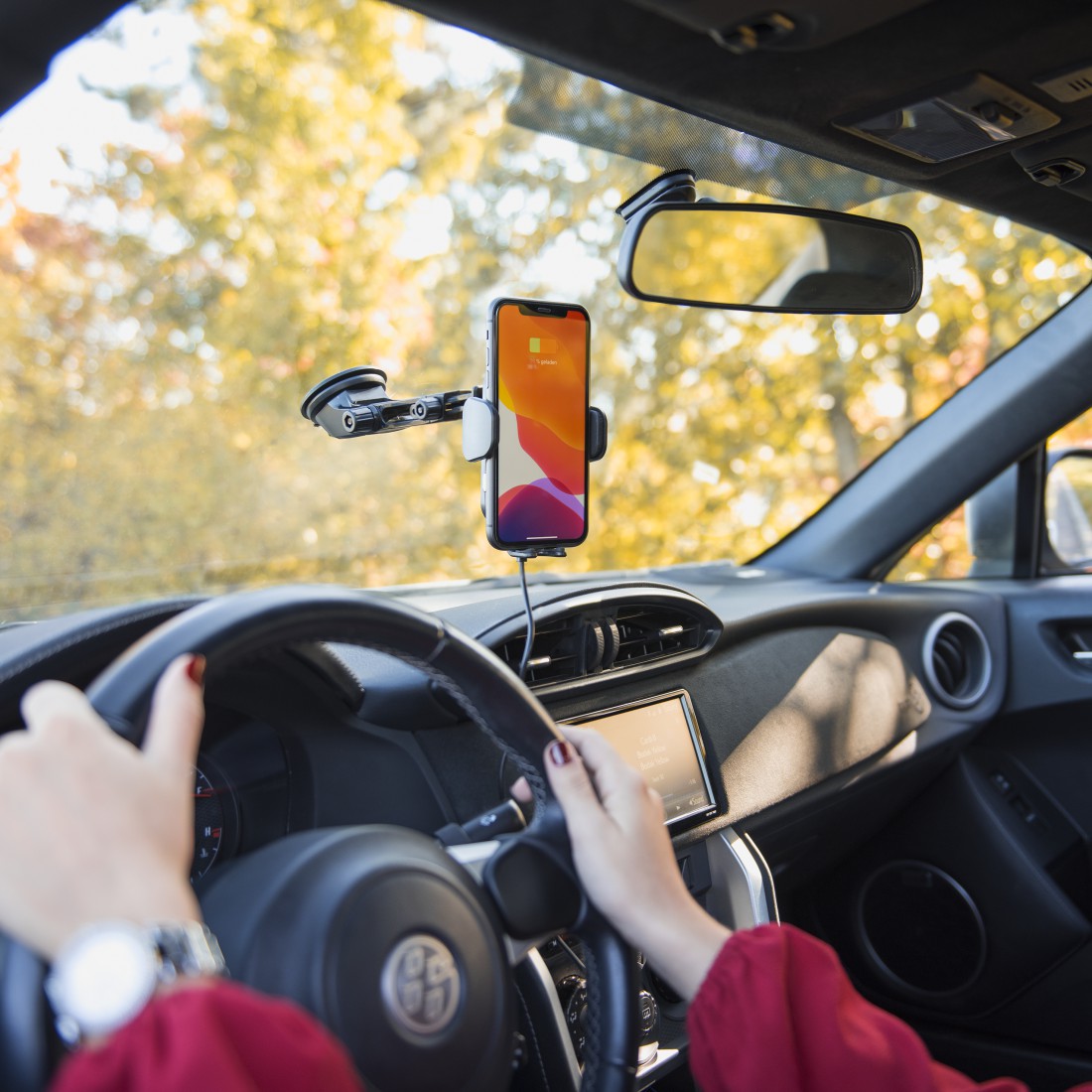 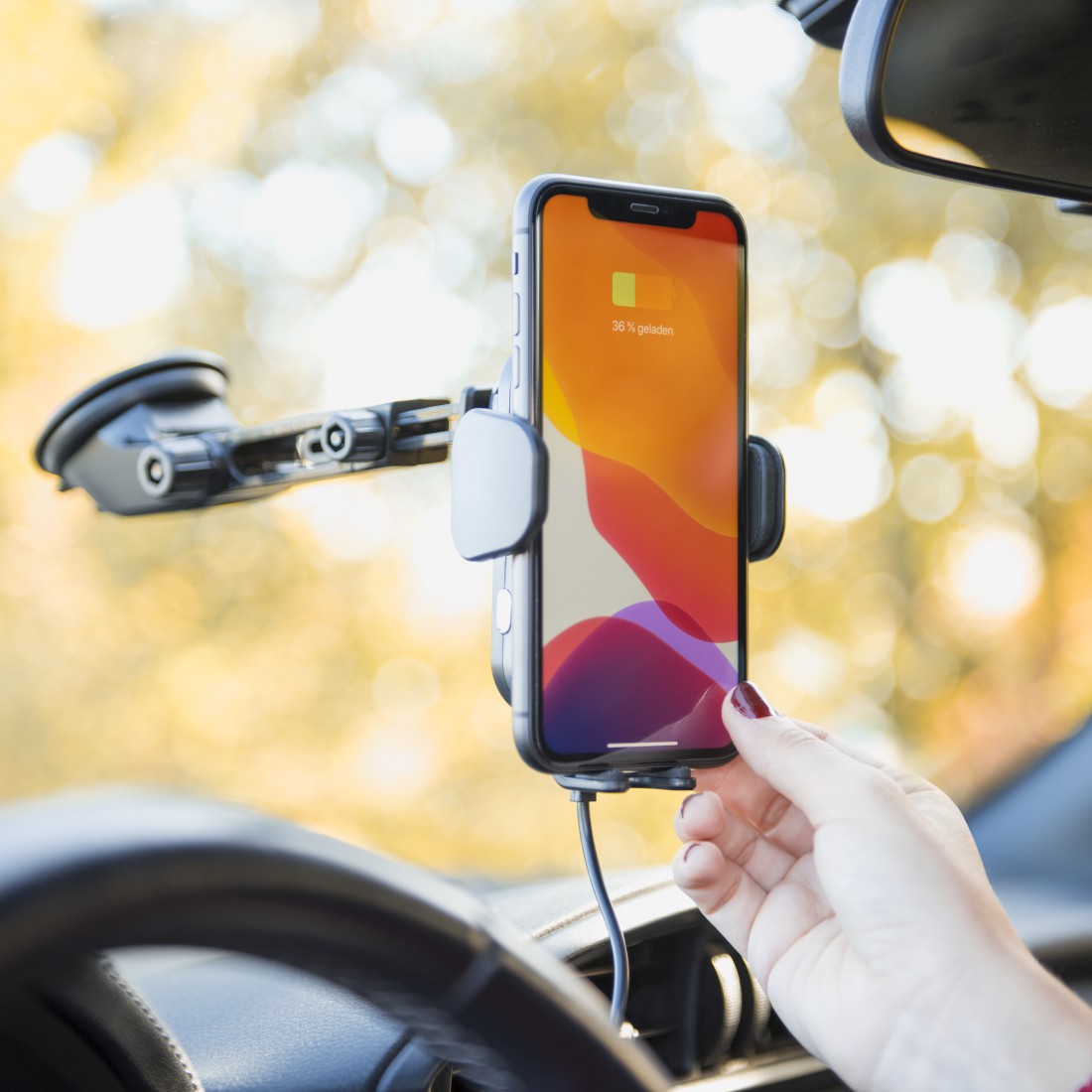 The Qi charging station impresses with a good dose of cleverness. The holding jaws respond electromechanically: they close more gently and make inserting and removing the smartphone easier. What's more, there's no cable spaghetti either thanks to wireless charging.

How often do you get into the car and realise that your smartphone battery is dead? The adapter for the cigarette lighter socket is somewhere in the house. With our ‘FC10 Motion’ Qi charging station, which attaches to your car’s windscreen or ventilation grille, it’s not just charging that is made easy for you...

with a clever design

You know what it’s like with car phone holders: You often have to fiddle around before the smartphone is securely seated in the charging station, or the holder closes prematurely while your fingers are still holding the smartphone. We have therefore come up with something special for this inductive charging station: The keyword is electromechanics. When you insert your smartphone into the Qi charger, the holding brackets close automatically. Thanks to the electromechanics, they enclose the smartphone slowly and carefully – so you don’t have to worry about your fingers or your valuable smartphone. In addition, the surfaces of the wireless charger are coated with soft silicone to prevent scratches.

You are in a traffic jam with the ignition switched off. Normally, the electromechanics won’t work without power… But we think of everything! Even in this situation, you can open the holding brackets and take out your smartphone: Simply press the small buttons on the side of the Qi charger.

And our Qi charger is clever in more ways: You have left your smartphone in the charger in the car. After getting in and turning on the ignition, it occurs to you that the phone is in an electromechanical holder. In your mind’s eye, you already picture the broken display and the scuffed housing. Not so! The intelligence of our Qi charger goes well beyond mere charging. It can tell whether a smartphone has been inserted, in which case the holding brackets remain closed. If there is no smartphone in the induction charger when you turn on the ignition, the holding brackets open and you can insert your smartphone.

Simply set your device on top

The inductive charging station offers all the benefits of wireless charging with Qi technology: Your smartphone is automatically provided with power by simply setting it on the inductive charging plate – nothing to plug in, nothing to activate, no button to press. Of course, your smartphone must support wireless charging – but that’s about the only prerequisite. The strength of Qi chargers, besides wireless freedom, is that the charger and smartphone do not have to come from the same manufacturer, and therefore all smartphones can be charged with one Qi charger. When in the car with your Qi-compatible smartphone, you’ll never run out of power again. 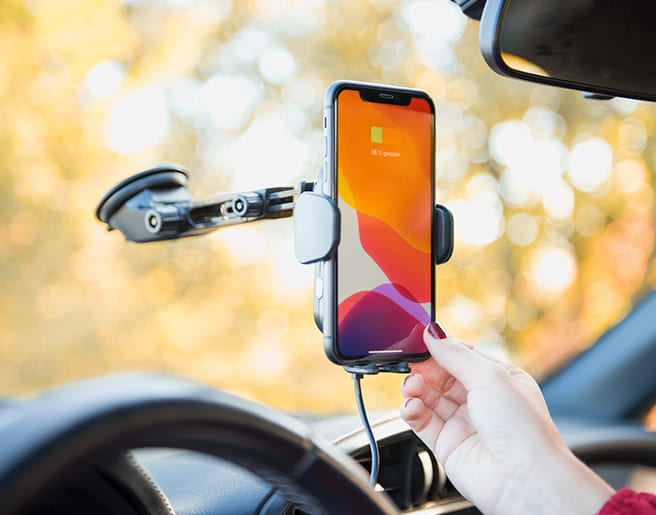 What's in the Box

Please check the product information or operating manual of your smartphone or contact the manufacturer to see whether your smartphone supports wireless charging technology.